The Texas Progressive Alliance has not been wiretapped by the UK as it brings you this week's roundup.


Off the Kuff covers the big redistricting decision and what it all means going forward.

SocraticGadfly takes Rachel Maddow's big fluffery over Trump's tax returns (and Maddow herself) to the cleaners.

A whiff of the Eighties -- specifically Geraldo Rivera and Al Capone's vault -- accompanied Rachel Maddow's big reveal and subsequent letdown of Trump's tax returns last Tuesday evening, at least according to PDiddie at Brains and Eggs.

Neil at All People Have Value said that Trump budget was a pornography of self-mutilation and cruelty for Trump supporters. APHV is part of NeilAquino.com.

Easter Lemming reminds people that Pasadena, Texas has a chance to put voter discrimination behind them in this mayoral election. He is busy working for Pat Van Houte's campaign.

CouldBeTrue of South Texas Chisme marks another week of Republican hate cloaked in religion harming women, children and the poor.

Dan Wallach has some practical advice for buying “Internet of Things” devices.

The Lunch Tray implores a school food visionary to come to Houston.

The TSTA blog reminds us that vouchers offer neither reform nor choice to schools.

Beyond Bones identifies seven native Texas bugs that you don't want to touch.

Shari Biediger found it to be not too hard to cope with SxSW in Austin without Uber or Lyft.

Pasadena, Texas has a chance to put voter discrimination behind it


The best chance Pasadena, Texas has of putting it’s voting discrimination past behind is electing as new mayor the current at-large council member who has been a consistent opponent of the illegal redistricting.

Pat Van Houte has been an elected council member since 2009 when she ran on opposition to an expensive street upgrade that destroyed resident’s homes.  While there are seven candidates running for mayor she has the most city council experience and is the only one running on small donations and shoe leather. She refuses to take donations over $200 and also refuses to take donations from those who do business with the city. She surprised the city establishment when her grass roots campaign involving block-walking the entire city of over 130,000 residents defeated the well-funded traditional mayor-supported candidate for one of the new at-large positions.
Van Houte said she also would pull the plug on the city's efforts to appeal the verdict in the voting rights case.
"The judge spent a week and a half hearing from many witnesses, looking at a lot of information and made a decision. The city has spent almost $2 million on the lawsuit already, and I don't think it is in our best interest to spend more public money on this," she said.
In elected, Van Houte said she would work to improve communications with residents and make city government more open.
"There are many things on the city website that are outdated. We need to do a better job of keeping it up to date. Department heads need to understand that there is an expectation that they will provide good information on a timely basis," she said. "I also want to set up a basic application for city boards and commissions so that anyone who is interested    can apply and be considered and it would not be just who the politician knows getting appointed every time."
"Each person who has filed for mayor so far has government experience, but (for) the majority of them it's not at the city level," she said. "I have been in city government for almost eight years. I know who the department heads are. I know what departments do what and the processes of how things get done in the city. I know the backstory on many of the projects and things that we're doing. This is a stronger foundation going in, either to keep things going or to change things - having the background on it helps.
"As an elected official, I have always looked at each issue on its own merits," she said. "I don't vote as I do because the other people are voting that way. I don't vote based on promises to city contractors.""I'm bilingual, which will help. It's better to be able to communicate directly with someone in their own language rather than they try to communicate in a language in which they're not comfortable or having to get someone to translate," she said. "I've made an effort to get around and see as much as of the city as possible and to know what the issues are in each neighborhood. I think I have seen more of the city than the other candidates."There are seven candidates running for the mayor position and the current long-term mayor is term-limited. Pat Van Houte is favored to be in the runoff with her recent at-large election victory and continued scandals from the present mayor and his appointments.The major difficulty she faces is the lack of funding with some of the Republican candidates receiving support from the city contractors and businesses on campaigns that started a year ago and the addition of a couple of last minute entrants into the race spreading the opposition.
For more information on her candidacy see her webpage: Pat4Pasadena.com
She also has a Facebook page: Pat4Pasadena
Quotes in this report come from an interview with Kristi Nix for the Pasadena Citizen, which also appeared in the Houston Chronicle and AP Newswire — Google cache.

Have you bought the GOP propaganda that our biggest problem is we are overtaxed?

The GOP propaganda that we are overtaxed. Those making over $200,000 have the lowest tax rate in 75 years while those making less have a much lower share of national income but higher taxes.
Effective income tax rate by year by income -https://qz.com/74271/income-tax-rates-since-1913/ 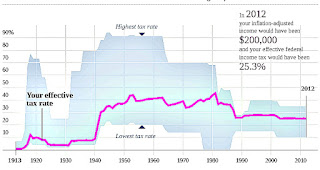 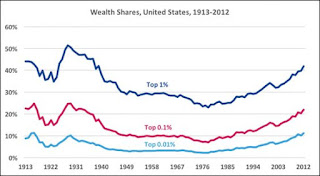 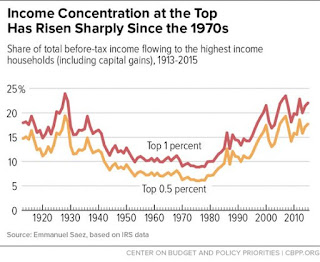 The only group doing better than the wealthy in terms of taxes are corporations. As their taxes decline, our taxes have gone up. 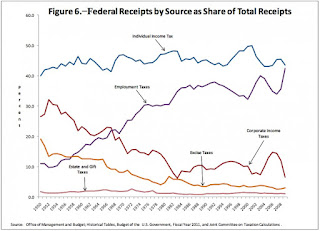 The biggest increase in federal revenue has been on employment taxes, where workers, but not the wealthy because FICA taxes are capped by income, pay for Social Security and Medicare. Now the wealthy want to reduce those benefits and divert the revenue elsewhere. This is next on Trump's and the GOP agenda after healthcare/tax cuts for the wealthy Congressional fight we are seeing over Obamacare.