My one sentence debate summary

I am sure Sarah Palin is surprised her running mate thinks she has a child with autism but not half as surprised as Joe the Plumber at now representing the country. 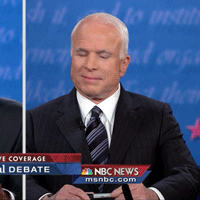 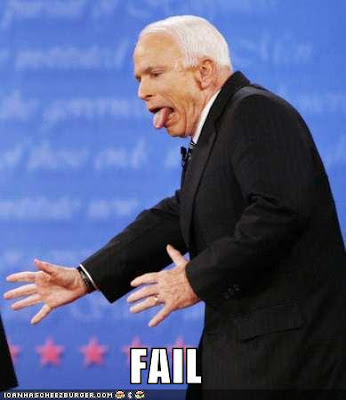 Flash Update - Joe the Plumber is not registered to vote - correction - registered under another name, leans Libertarian or REPUBLICAN but it looks like his father is a conservative Republican. He does represent America, the America that listens to talk radio. Was he a McCain plant?
Posted by Gary at 10/15/2008

The top gif was supposed to have McCain's eyes rolling. I guess I don't know how to do that in blogger.