Texans, stop and look before you give the veterans any money by mail. 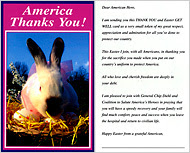 Rep. Waxman is on a roll taking off after crooked charities - video, article in the Washington Post. Most of the donations to Coalition to Salute America’s Heroes, founded by Roger Chapin, seemed to go to supporting his opulent lifestyle. The NYT editorial board is also scolding and outraged over veteran charity fraud. Roger Chapin has a long history of running barely charities for veterans that rewards himself more than vets.

Another of Chapin's so-called charities is called Help Hospitalized Veterans. He has founded twenty of these types of charities, switching states, causes and rerouting money as they are investigated. The Washington Moonie Times, itself a questionable charity undertaking by a so-called Messiah eager to gain influence, defended Roger Chapin. It helped Chapin has ties to conservative fundraisers like Viguerie.

Forbes documented the morphing of one of Chapin's charities from supposedly conservative fund-raising to fighting drugs to helping kids to aiding veterans but giving little each time. It also recently morphed from a tax-free veteran's charity to a non-tax-free veteran's advocacy group, probably feeling the heat on the charity front. That group can still funnel money to other Chapin tax-free entities. Currently Chapin groups raise $75 million a year.

Chapin managed to take in the easily fooled Thomas Friedman with a claim of 97% efficiency in fund-raising for one charity.

New York Times columnist Thomas L. Friedman - "Your money won't be wasted if you sent it to this charity." Statement on Chapin charitable website.

What Chapin had done to fool Friedman was with his many groups palm expenses off on others and funnel more donations in. Forbes calculated it was actually a better Chapin group with 50% of its money going to recipients but with some strange giving.

The draft 2006 financial statement (it hasn't been finalized or released) disclosed that just $1 million of the $26 million spent last year by the Coalition was direct cash aid to injured vets, with maybe $5 million more spent on things like job-hunting seminars and public awareness. Nearly all the other $20 million spent represented the purported value of 1.5 million calling cards given to uninjured soldiers serving in the Middle East. These cards allowed the soldiers to check sports scores back home but couldn't be used to call, say, family. The cards were donated by ez Scores, of Silver Spring, Md.

My own investigation shows that EZ Scores were giving away thousands of these cards to anyone to drum up business and spread the concept. So $20 million really equals about zero dollars, or in any case much, much less.

Gen. Tommy Franks got caught up in this scandal. He said he was unaware how bad a "charity" it was when he was paid $100,000 for his endorsement. Another Air Force general has been collecting $5,000 a month. One prime recipient of charitable money has been GOP fundraiser extraordinaire Richard Viguerie who handles much of the charities direct mail. In addition, a Chapin charitable expense last year was a million dollar loan to Viguerie. You may remember Viguerie as the defender of Chapin up above in the Washington (Moonie) Times.

My mother always sent money to Disabled Veterans Association, which also spends more than 75 percent of the donations they receive on something other than helping vets, largely on fundraising. She thought they did help vets, if only a little, and liked the little calendars and stickers and small gifts she received. My sister stopped sending money when I told her how little money went to vets.

As long as you are aware that most direct mail charities spend incredibly small amounts on their supposed beneficiaries and they fully disclose that and fully disclose the executive share of expenses on all solicitations I don't have a problem with them. Of course, this disclosure is what they refuse to do. As Chapin said in the Waxman hearings, ""If we disclose... we'd all be out of business. Nobody would donate."

I see that EZ Scores is mentioned in this blog. Their CEO, Chris O'Donnell, has scammed investors out of hundreds of thousands of dollars. The company no longer exists (although he is STILL soliciting investors) and is being investigated by the Maryland Attorney General's Office of Securities Division for investment fraud.

I saw that Chris O'Donnell seemed mainly involved in giving millions of his sports phone cards away and recruiting for investors.