The Shock Doctrine: Naomi Klein on the Rise of Disaster Capitalism 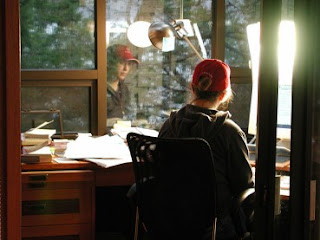 Economist Milton Friedman once said, "Only a crisis produces real change. When that crisis occurs, the actions that are taken depend on the ideas that are lying around. " Naomi Klein examines some of what she considers the most dangerous ideas -- Friedmanite economics -- and exposes how catastrophic events are both extremely profitable to corporations and have also allowed governments to push through what she calls "disaster capitalism."

More on the short film and book.

Economic libertarianism usually seems to have to be imposed by force in a crisis. Is the United States the exception in some measures pushed through by Republicans? Or does it prove the case where conservatives have to point to a few outside countries as examples of "free markets"?

In a damning critique of Friedmanite economics, The Shock Doctrine: the rise of disaster capitalism ... uses thousands of documents and interviews to expose how governments and corporations have used or even invented disasters to push through laissez-faire market reforms before local populations can recover from the shock. Wars and disaster responses are now so fully privatised that they themselves have become the new markets.

UK Guardian: Extracts of the book. The debate.